Apple has updated the iPad Air and done away with the home button in favour of a new all-screen design similar to the iPad Pro along with even more powerful performance. The new iPad Air has a 10.9-inch Liquid Retina display and a Touch ID fingerprint sensor built into the top power button. iPad Air […] The post Apple unveils new iPad Air with an all-screen design and faster performance appeared first on Tech Guide. 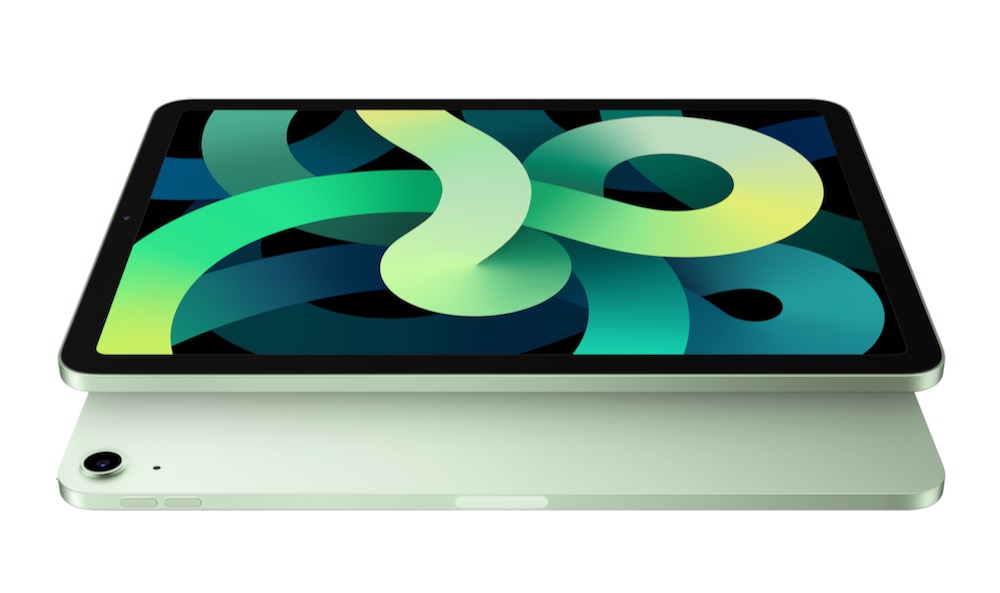 Apple has updated the iPad Air and done away with the home button in favour of a new all-screen design similar to the iPad Pro along with even more powerful performance. The new iPad Air has a 10.9-inch Liquid Retina display and a Touch ID fingerprint sensor built into the top power button.

iPad Air will go on sale in October and will be available in a range of new colours including silver, space grey, rose gold, green and sky blue. The device is powered by the A14 Bionic chip with 40 per cent faster CPU performance and two times faster graphics performance which will enable things like 4K video editing, superior multitasking and the ability to play advanced games. APPLE REVEALS APPLE WATCH SERIES 6 AND APPLE WATCH SE “Today we’re excited to introduce a completely redesigned and far more powerful iPad Air, debuting Apple’s most powerful chip ever made, the A14 Bionic,” said Greg Joswiak, Apple’s senior vice president of Worldwide Marketing.

“With its gorgeous new all-screen design, larger 10.9-inch Liquid Retina display, next-generation Touch ID, and a massive boost in performance with A14 Bionic, the new iPad Air brings customers powerful pro features at an even more affordable price. “Along with major upgrades to the iPad Pro and eighth-generation iPad this year, and the powerful new features of iPadOS 14, this is our strongest iPad line-up ever, giving our customers even more ways to enrich their daily lives.”

The iPad Air has a lighter and thinner look and design and the display has full lamination and a wider P3 colour support. And now without a home button, users can unlock iPad Air in an instant through the Touch ID sensor which is now built into the top button. iPad Air also supports Apple Pencil so users can easily take notes and mark up documents. The Apple Pencil can also attach magnetically to the top edge of the iPad Air. And with iPadOS 14 onboard, there is handwriting recognition which can be recognised like typed text in notes and messages. Apple has also replaced the Lightning port on the iPad Air with USB-C which offers 10x faster data transfer from cameras, storage devices and external 4K monitors.

On the camera side, iPad Air has a 7-megapixel front-facing FaceTime HD camera and the same 12-megapixel rear camera included with the iPad Pro for higher resolution images and 4K video capture. Audio has also been improved with the iPad Air’s new design which has stereo speakers in landscape mode for an even more immersive experience. iPad Air also supports the faster Wi-Fi 6 standard. The eighth generation entry level iPad has also been revealed with an A12 Bionic chip which is 40 per cent faster than the previous model and with two times faster graphics performance.

LG Wing With Flip-Around Screen to Go on Sale Starting...

You won’t be able to watch HBO on Amazon’s channels platform...

TikTok Sale Explainer: The Next Steps in Diplomatic Dance

Ways to Protect Against Cyber Attacks

Businesses large and small can find themselves at risk of a cyber attack if they...

The Volkswagen Golf Sportwagen and Alltrack models perished in the United States...

Hisense has combined the most effective of each worlds with its new 65SX twin Cell...

The new Xbox Series S is surprisingly small, both in terms of its $299 price and...

The Latest Flagship-Like Camera Features on Galaxy A71,...

From capturing beautiful photos and videos to offering the best performance in its...

The best cheap wireless earbuds to buy in 2020

Spending a little on any of these picks will get you a lot As good as products like...

The Xiaomi Mi Portable Air Compressor is a handy companion for drivers and riders...

Intel Evo: What to Expect from New Ultra-Slim Laptops Launching...

Intel's Chris Walker spoke to Gadgets 360 about how the new Evo platform for ultraportable...