Apple Watch Series 6 review – the best smartwatch you can buy

Apple Watch Series 6 has really extended its credentials as a health and wellness device with the addition of the blood oxygen sensor. And this is on top of the many existing features that encourage users to get moving and “close their rings” by moving, standing and exercising. Tech Guide has been using the Apple. 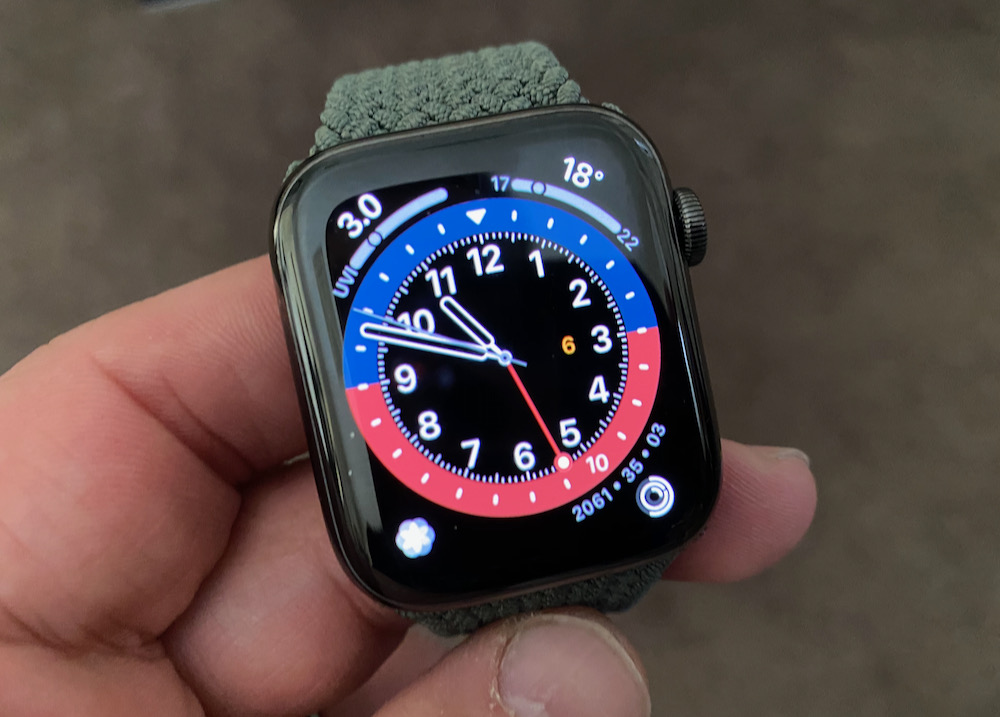 Apple Watch Series 6 has really extended its credentials as a health and wellness device with the addition of the blood oxygen sensor. And this is on top of the many existing features that encourage users to get moving and “close their rings” by moving, standing and exercising. Tech Guide has been using the Apple Watch Series 6 for a couple of weeks.

It was the graphite stainless steel model with the new braided Solo Loop band which doesn’t have a buckle or clip to give the band a cleaner minimal look. But on to the Apple Watch Series 6 itself. There are some new colours available this time out – blue and (PRODUCT)RED aluminium as well as the new graphite stainless steel (which is what we’ve been using) and gold stainless steel. Design-wise there is no change  to the device – most of the changes are under the hood. This starts with the new S6 System-In-Package which includes the new high performance dual core processor based in the A13 Bionic chip used in the iPhone 11. And you can tell the difference, the Apple Watch Series 6 is super responsive. The other improvements include even brighter always-on display that’s two and half times brighter than the Series 5 which was the first to offer an always-on display. On the battery side there has also been significant improvement with better than all-day performance.

After a full day of use we still found between 40 and 50 per cent battery in the evening. The other improvement here is the faster charging which means you can get 80 per cent charge in just an hour. This is particularly handy when you use the new watchOS 7 feature sleep tracking. Usually users charge their Apple Watch overnight. That’s what we’ve always done – and we also use the Apple Watch as our alarm. Now you can wear it to bed and take advantage of sleep tracking which basically just tells you how long you slept. But it does try and get you a good night’s sleep by suggesting the right time to go to bed and then create a pre-bedtime routine.

And then to wake you, Apple Watch gently and silently vibrates on your wrist so you’re roused gently from your slumber without disturbing your partner. So when it comes to charging now, users can charge it before bedtime or when you’re getting ready in the morning thanks to that fast charging. The biggest new feature is the blood oxygen sensor which can give you a reading on your blood oxygen saturation in just 15 seconds. It uses four clusters of green, red and infrared LED and four photodiodes which shine a light into your skin’s blood vessels  to detect the colour of your blood and determine the oxygen saturation level. A normal reading for most people is between 95 and 99 per cent.

Apple Watch Series 6 also takes blood oxygen readings in the background when you’re arm is still and you can also do your own reading through the app. Most of the new features on Apple Watch actually now come courtesy of the new watchOS 7 update. If you’ve purchased an Apple Watch in the last couple of years then there’s no huge reason to upgrade because watchOS 7 brings with it like a lot of new features like sleep tracking, hand-washing timer, sharing watch faces with other Apple Watch users, more watch faces and more workout types. But if you have a much older Apple Watch (they’ve been around more than five years now) or are looking to buy your first then the Apple Watch Series 6 is a great place to start. The Apple Watch also has fall detection which can detect a heavy fall through the accelerometer and gyroscope and, if you remain motionless, can place an emergency call automatically and send a message with your location to your emergency contacts.

It also has a heart rate monitor which can detect and provide a notification for an elevated heart rates when you’re at rest and not exercising. And this is on top of the connectivity from your iPhone so you never miss a message or a call or a notification. Plus you have access to Siri and Apple Pay right there on your wrist as well. The Apple Watch will only work with the iPhone so if you’re thinking of getting onboard you need to be already in the Apple ecosystem. Apple Watch Series 6 starts at $599 (GPS) and $749 (GPS + Cellular). VERDICT The Apple Watch Series 6 is the best smartwatch on the market right now. It offers the perfect blend of health and wellness apps and sensors along with notifications and the convenience of Apple’s best features like Siri and Apple Pay to make it the perfect companion right there on your wrist.

Foxtel introduces voice control to the iQ4 to browse and...

Fortnite’s island is looking increasingly like a comic book come to life. With a...

PlayStation 5 will be released on November 12 and will...

The highly-anticipated PlayStation 5 next level gaming console will be launched...

The Cheapest Electric Car on Sale Now: The 2020 Mini Cooper...

Think you need to spend a small fortune for the “privilege” of driving an electric...

Amazon’s private label appliances and electronics that carry the branding of AmazonBasics...

Illustration by Alex Castro / The VergeT-Mobile has added support for the 988 emergency...

TCL communications has redefined the meaning of smartphone value with the launch...

Flipkart Big Saving Days sale will start from September 18 and will go on till September...

Pigeon breeding - Things to look out for during the rainy...

Pigeon breeders need to pay attention to a lot of things during the rainy season....