The iPhone 12 and iPhone 12 Pro is finally here after COVID-related production delays but it was definitely worth the wait – this is easily the best smartphone Apple has ever produced and one of the most anticipated launches for years. Apple has built up quite a loyal customer base with most of those customers 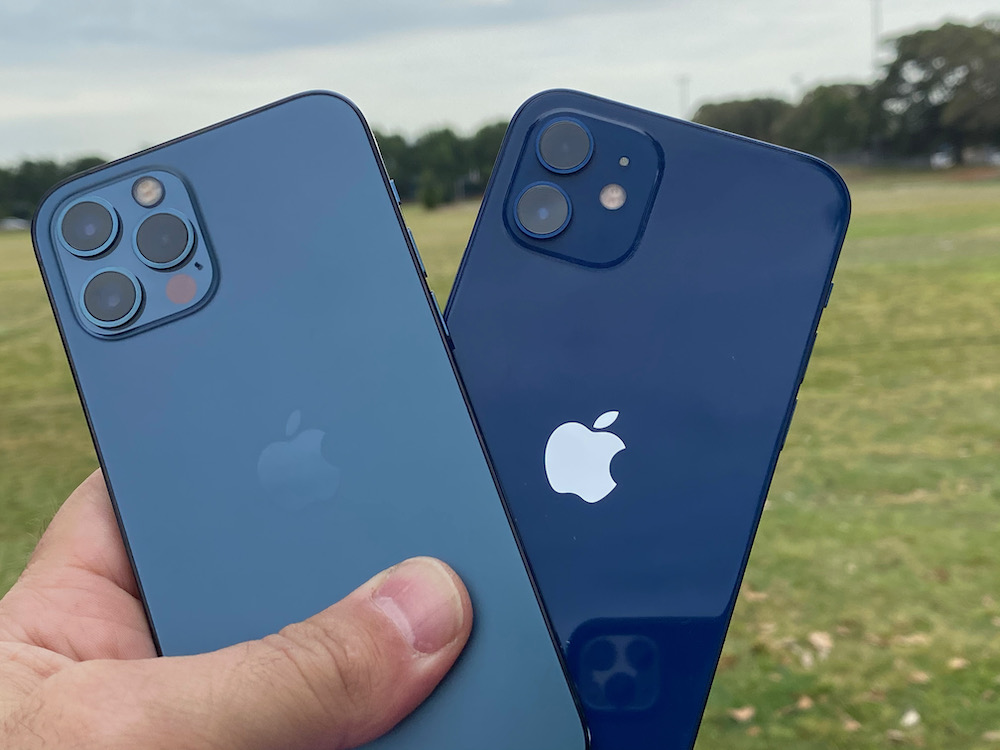 The iPhone 12 and iPhone 12 Pro is finally here after COVID-related production delays but it was definitely worth the wait – this is easily the best smartphone Apple has ever produced and one of the most anticipated launches for years. Apple has built up quite a loyal customer base with most of those customers only ever using an iPhone as long as they have used a smartphone.

So for them there are few significant improvements including the new design, the new colours and the fact that it is also Apple’s very first 5G device. Yes, we’ve reviewed the numerous 5G phones which have been available from Samsung and Huawei and Google, Oppo, LG and others. And at that time 5G was really in its infancy. But Apple’s decision to wait until the iPhone 12 to add 5G compatibility is very well timed with networks now within reach of almost half the Australian population. Over the years Apple has built a brilliant ecosystem around its products with the AirPods, Apple Watch, HomePod and Siri and the release of the iPhone 12 has just elevated the experience of all of those products as well.

DESIGN The most obvious change you will notice is the iPhone 12 design. iPhone 12 ProThe curved edges that have been there for more than six years are gone and in their place are flat edges and a more angular design. It’s offers a really fresh look and feel for the iPhone and it will be welcomed with open arms by customers. iPhone 12 ProIt now also has a lot in common with the iPad Pro and is even a throwback to the iPhone 4 and 5 which were the models that propelled the iPhone into the stratosphere a decade ago. Once again the iPhones have an IP68 rating which means they can handle a spill or a dunk and carry on business as usual. iPhone 12DISPLAY The iPhone 12 an iPhone 12 Pro each have a 6.1 inch Super Retina XDR OLED display with 2,000,000: 1 million contrast ratio. And it has twice as many pixels as the iPhone 11. It’s not hard to see the improvement. There is an added level of sharpness with the iPhone 12 and iPhone 12 Pro which will make your apps and photos and videos and websites pop and look even crisper and easier on the eye. Another addition to the display is the new Ceramic Shield which Apple says makes it four times more resistant to drops. There’s no worse feeling than dropping your iPhone only to pick it up and see a shattered screen.

The new Ceramic Shield will hopefully put an end to that. PROCESSOR Under the hood is Apple’s latest silicon the A14 Bionic chip which takes a leap forward in performance with a 50 per cent speed improvement and 50 per cent faster graphics over last year’s A13 chip. This is the reason the iPhone 12 and the iPhone 12 Pro are so fast and responsive. That power and efficiency reaches every corner of the device to make it operate even more reliably and keep up with whatever you’re doing whether you’re playing the latest game or shooting and editing a 4K video on the move. 5G The iPhone 12 and the iPhone 12 Pro are Apple’s first 5G smartphones. Apple’s decision to enter the 5G market couldn’t been better timed with Australian 5G networks across all telcos now within reach of almost half of the population.

The improvement in speed and capacity is remarkable. We were testing our iPhone 12 on the Telstra network and exceeded speeds of 600Gbps on a regular basis in the eastern suburbs of Sydney. Now if you’re streaming or downloading a file or a song or a movie, it will happen in seconds. But Apple has also got your back with a new feature called Smart Data mode. While the iPhone offers speed to burn it’s also smart about it as well. With Smart Data mode whenever your iPhone doesn’t require 5G speeds it will automatically use 4G LTE instead when doing things like background updates to conserve the battery. The iPhone 12 5G will run on the Sub 6 standard which still offers decent range and remarkably high speeds as our own speed tests showed. Initially in Australia the iPhone 12 will not support mmWave 5G as it does in the US which actually has its very own model. mmWave will eventually arrive in Australia but the new iPhone 12 with support for Sub 6 will still offer tremendous speeds for years to come.

Now that’s on a device you can fit in your pocket so you can imagine the possibilities the iPhone 12 will provide for photographers and videographer’s everywhere. Apple has always prided itself on the quality of the images and videos its customers can produce. With the iPhone 12 in their hands that quality is about to make a quantum leap.

MAGSAFE A new feature for the iPhone is MagSafe – it’s a magnetic wireless charging system which guarantees your charger is in place and there to stay. One issue we’ve had with wireless charging is not positioning the device correctly on the charging mat resulting in the device not being charged. But that can’t happen with MagSafe with the magnetic charger (sold separately) providing a solid connection. it was so strong we were able to lift the iPhone off the table by the cable with the MagSafe still securely attached. MagSafe will also work through a case including Apple’s very own range of MagSafe friendly covers as well. Accessory manufacturers are already starting to take advantage of this cool new feature with charging docks and car mounts already on the way including products from Belkin. NO CHARGER, NO EARPHONES Now what you won’t get with the iPhone 12 is a charger or earphones.

This didn’t really come as a surprise to many people but it did upset and confuse some customers. Apple says this was a move to reduce the impact on the environment by not manufacturing hundreds of millions of charges and earphones that would have probably stayed in the packaging. Apple assumes customers will use their existing chargers and that they probably already own wireless earphones. But there was a little confusion among our readers and listeners. Many asked if their existing iPhone charger would work with the iPhone 12 and the answer is yes because it still has the same Lightning port as previous iPhones. And if you do have to buy a charger (that will work with the include USB-C to Lightning cable) and earphones it will cost you less than $60.00. So it’s a good thing the iPhone 12 Pro is slightly cheaper than last year’s iPhone 11 Pro.

TCL brings 5G to even more customers with its affordable...

LOS ANGELES—I can feel it—you’re ready for a fight over this car before you’ve even...

75 years is a long time. That’s how long the Sennheiser brand has been developing...

If we had to sum up our reviews of the new MacBook Air and 13-inch MacBook Pro powered...

Google has today launched a range of new products – the Pixel 5 and Pixel 4a 5G...

Apple releases iOS 14 and iPadOS 14 for iPhone and iPad...

Apple has surprised its customers around the world with the earlier than expected...

The ongoing chip shortage has put a lot of strain on the supply chains of many tech...

We’ve got security for our computers and smartphones and now NortonLifeLock has...